This Environmentalist Just Challenged Himself to Go Palm-Oil Free. Here’s What He Learned. 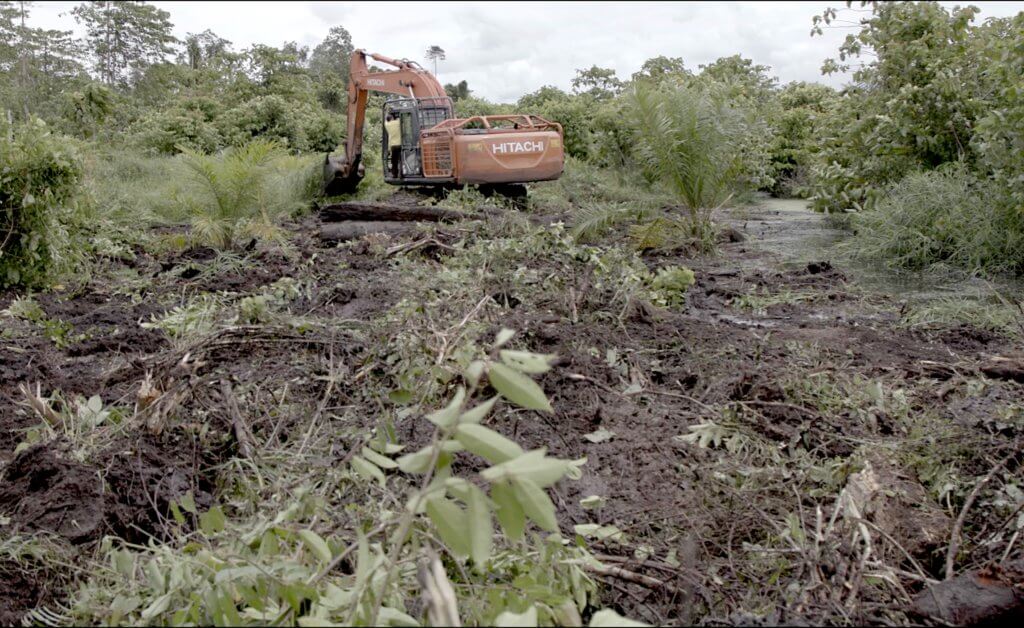 I awake every morning in my small New York City apartment to a spring chorus of small birds chirping tirelessly, their sound penetrating through the window I left half open in the hopes of breathing as much of the cool, June morning air as I can. If I’m being honest, they’re a nuisance, really. The feeling is that of an invasion. Their nest, perched atop the outside of a window sill two floors above me, looks into a drab, concrete interior courtyard that collects only rainwater and trash. It seems oddly and sadly out of place. And, as an urban creature accustomed to my solid, square spaces and my modern comforts, their presence and their noise comes across like an organized avian crime gang hellbent on intruding on my habitat. This view, in the larger scheme of things, could not be further from the truth.

In fact, these birds are here because we’ve chosen to build on their habitat. They would much rather live in what used to be the swamps and forests of “Manahatta,” as the native Lenape called the island where our gridded concrete jungle has been built. These birds are lucky enough that they've been able to adapt to this new environment. Their trees gone, they now nest on buildings. Unfortunately for most species inhabiting forests, they are not so lucky, and when humanity encroaches on their habitat they go the way of extinction.

Such is the case currently with the orangutan. Inhabiting the tropical rainforests of Borneo and Sumatra, the orangutan is at great risk of disappearing from the Earth due to the destruction of its habitat. Unlike the flock arduously clinging unto existence outside my window, their habitat is not being replaced by that of humans. Instead, the deforestation which today erases much of the rainforests of Borneo and Sumatra is due in large part to palm oil farming.

You may be familiar with palm oil: it is used in a wide variety of food products, and is more commonly associated with being blended into margarine because it is healthier than other oils, and with making your bagged chips crisper. Until recently, this was my understanding of palm oil: stop buying and eating my go-to cheesy crunchies (easy enough), and the orangutan is saved, right? It turns out that palm oil is omnipresent in our daily consumption. Palm oil makes our soaps and shampoos more bubbly, it is blended in with vegetable cooking oils, and it is even used as a biofuel. Getting rid of it from our lives is much more complicated than it seems.

But I’ve also come to understand that every time I buy my favorite products I have the power to change the outcome through the power of my purchasing choices. I don’t have to take part in the destruction of the rainforests. I can take part in saving it, instead. With this in mind I decided to take a look at the list of ingredients of my favorite products last time I took a trip to the supermarket. Walking around the inner isles of the store - the favorite habitat of cans, boxes, and unpronounceable ingredients - palm oil was ubiquitous in the back of everything I turned around to read. My favorite box of crackers to go with my coffee? Check. The peanut butter I eat straight out of the jar for a midnight snack? Also check. The cheap soap I buy on my student budget? You guessed it - it’s in there, too.

Reducing your palm oil intake is difficult, but it’s not impossible. Palm oil is farmed and used at a massive scale to make our lives easier - for our convenience. And it is precisely because of all that convenience that the modern world gives us that we have the ability to do something about this. That palm oil is in almost every product would be an inconvenience were there not so many products to choose from. This is why, to me, it’s so possible to be positive: the same modern world that destroys the rainforests gives us the power to choose not to.

So if you’re like me and you’re looking to use less palm oil, here’s how to weed it out:

While it is true that individual actions are not the only answer to the world’s environmental problems, they are certainly part of the equation. It wasn’t my sole choice to move to the city that deprived the bird family outside my window of their woods, it was the collective action of millions like me. And if our collective action can drive the destruction of natural habitats, it stands to reason that it can also drive its preservation. Act today. Every small step we take does make a difference, and when we all collectively act to save the rainforests and Orangutans that live in them, we can, in fact, do just that.