Why I Love World Rainforest Day 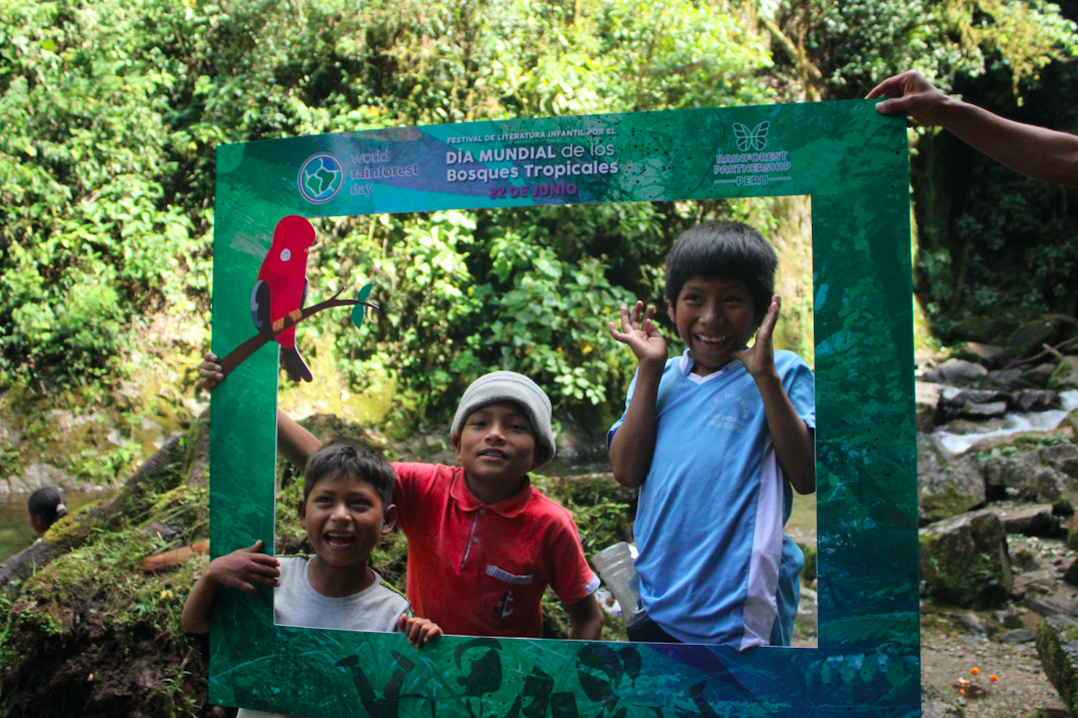 To mark the one month anniversary of World Rainforest Day, we’re sharing a guest blog from Annemarie DeClark, an attendee at this year’s Summit, on the importance of coming together to celebrate our planet’s precious rainforests.

World Rainforest Day celebrates the magic and beauty of rainforests while uniting people around the world with the shared goal of preserving them.

Understanding the role rainforests play in our shared home is crucial because regardless of geography, we all live here together as one human race. We are all responsible for rainforest preservation. We must have a worldwide common goal of preserving rainforests because they affect all of us. Living in harmony and co-existing with the rainforest as indigenous peoples have done for thousands of years is critical for the human race to continue thriving on this planet.

On June 22, through the use of music, films, meditation, stories, and education, we all come together as one collective global force for rainforest preservation. World Rainforest Day helps us understand the important role rainforests have on Earth, our shared home. Regardless of where we live on the planet, rainforests affect all of us. Their contribution to planet Earth is unmatched as they help to regulate the world's climate, maintain the world's water cycle, house an immense biodiversity of plants and animals, and provide a source of medicines and foods used worldwide.

Rainforests are air filters for the Earth. In addition to producing about twenty percent of the oxygen we breathe, rainforests absorb large amounts of carbon dioxide from the atmosphere. Excess carbon dioxide from human activities is contributing to our planet's climate change. By reducing greenhouse gas emissions, rainforests help regulate temperatures on Earth, thus helping to regulate the world's climate. However, if there are fewer trees and plants due to deforestation, less carbon dioxide is removed from our atmosphere and we all suffer. Without rainforests, planet Earth is unable to handle excess greenhouse gas emissions. As a result, our Earth's climate becomes very unstable thus affecting all of us. World Rainforest Day celebrates and reiterates the importance of conservation, preservation, and net-zero deforestation.

Maintaining the world's water cycle is another contribution rainforests make to planet Earth. Plants and trees in the rainforest add water to our atmosphere which travels around the world and returns to land, thus reducing the incidence of drought. With deforestation, less water goes into our atmosphere and rainfall declines. This can lead to drought in distant areas. For example, scientists have discovered that rainforests in the Congo affect rainfall in America's Midwest, and that moisture created in the Amazon becomes rain for places as far away as Texas. Furthermore, forests in Southeast Asia affect rain patterns in southeastern Europe and China. Despite being physically distant, rainforests are important to farmers everywhere, and therefore important to people everywhere throughout our planet. World Rainforest Day highlights the global importance and necessity of dense, lush, thriving rainforests.

Existing on every continent except Antarctica, rainforests are home to more than half of the world's plant and animal species. Rainforests are not only the Earth's oldest living ecosystems, but they are the most biologically diverse terrestrial ecosystems in the world. The Amazon rainforest is the world's largest tropical rainforest. Roughly 40,000 varieties of plants, nearly 1,300 bird species, 3,000 types of fish, 427 species of mammals, more than 370 types of reptiles, and 2.5 million different insects call it home. Any of these amazing creatures has the potential to help the human race. The Fer-de-Lance, for example, is a tropical viper found in the Amazon rainforest. Its venom has helped hundreds of millions of people with high blood pressure. World Rainforest Day reminds us that destroying the rainforest destroys the potential for life saving efforts for people everywhere on Earth.

By providing hundreds of plants used in modern medicines, tropical rainforests are nature's pharmacy. My interest in rainforests first started in 1992 with the release of Medicine Man. The film features Dr. Robert Campbell, a botanist who is racing to re-discover the cure for cancer while the rainforest around him is being deforested. Thirteen years after falling in love with the beauty of this film, I was diagnosed with thyroid cancer. It's a scary word that millions of people know all too well. Cancer devastates lives every single day. People from every race and from every continent have felt the pain of this disease, and I have spent the past thirty years wondering if the cure exists somewhere in our biologically diverse rainforests. World Rainforest Day reminds me that there are endless possible medicinal cures existing within the rainforest for all of us to benefit from.

World Rainforest Day brings the world together to show us the importance of rainforests and to teach us what we can do to save them as one globally united team.

Films for the Forest 2022 at World Rainforest Day