Why the latest IPCC report matters from a forest perspective 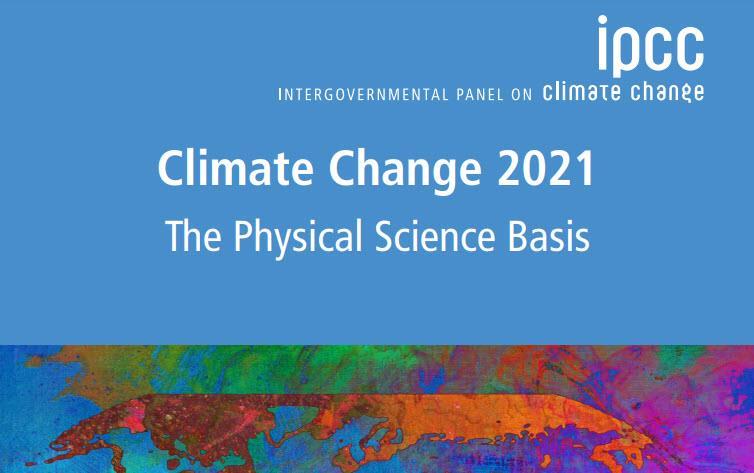 When I looked at my phone early the morning of August 10, 2021, I was bombarded with notifications about the latest report published by the Intergovernmental Panel on Climate Change (IPCC). Headlined with phrases like “code red for humanity” or “many changes to climate are irreversible now”, all these articles featured grim images of the fires that have been burning all over Greece and Turkey, the floods that swept across Europe and China earlier this year, or the devastating scenes of deforestation in the Amazon rainforest.

My response to the news was different, though. Having been working in the field of conservation for so long, I was relieved to know that we finally had an IPCC report that laid bare the reality in stark terms. What some of us have known for a long time is now clear to the whole world: climate change is already here, it is beyond any doubt the result of human actions, and it's worse effects are just beginning. But most importantly, this report corroborates that we need immediate action. We absolutely need to put a stopper on our emissions; but while that transition is underway, we have to rely on natural systems, especially on our world’s rainforests.

The Sixth Assessment Report of the United Nations IPCC is the sixth of a series of comprehensive reports that looks at all relevant aspects related to climate change. This latest report, released on 9 August, 2021 and approved by 195 governments, is the result of the collaboration between 234 scientists from all over the world. Over 14,000 scientific papers contributed to the almost 4,000 page document that deals with all scientific, technical, and socio-economic information concerning climate change today and in the future. It’s main conclusions are crystal clear warnings to humanity: we will only be able to avoid the critical threshold of warming of 1.5 degrees if we cut down emissions dramatically and instantly, while working on ways to remove greenhouse gases from the atmosphere. Even if we succeed in doing both, we are still going to feel some of the strongest effects of climate change in the decades to come.

We already know how to tackle the first aspect of the problem. To tackle the second one we have two options. We can chase new technologies to remove greenhouse gases; but most of them are still being developed or are yet to reach scale.

Or, we can take advantage of our planet’s own natural technology that evolved over 300 million years ago: trees.

Trees are the most efficient carbon-sequestering machines that are available to us right now. And, as you might guess, rainforests are packed with them. Rainforests aren’t only great at absorbing carbon from the atmosphere, but they also play a fundamental role in the regulation of weather and rainfall patterns. By absorbing and transporting moisture from the ocean across entire continents, and making their rain several times over, rainforests are able to maintain stable rainfall patterns and sustain their outstanding biodiversity. Over half of all species known to us are found in rainforests, and many of them provide us with food and medicine.

These ecosystems are also home to millions of people, representing invaluable knowledge and cultural diversity, who depend on them for their survival. The integrity of rainforests is essential to all of us, and this report is but a stark confirmation of that fact.

But not everyone has the ability to focus away from their day to day life, barely able to meet their urgent needs of food and shelter. On behalf of all of them, and all of us that understand what is at stake, we must speak up and act.

We know that the solution to our present crisis is rooted in changing the way we do things: finding alternative energy sources, protecting and regenerating our forests, changing our agricultural and economic systems, modifying our consumption habits, ensuring gender and racial equality and justice… Like Einstein once said, insanity is doing the same thing over and over and expecting different results.

Supporting organizations and people who are doing the work to keep rainforests standing in the long term, voting responsibly, and engaging in the protection of our planet’s most precious resources is the key to changing the tide on our future. And like the setting sun that disappears before the horizon, the last rays of sunlight that are our window of opportunity are just as quickly fading away.

I believe in human ingenuity and ability. We can and will cut our emissions radically to steer clear of the most disastrous effects of climate change. We will invoke technology, innovation, and collaboration to meet our exponentially growing climate challenges.

Unless we embrace  new ways and new systems, and fast, it will be like chasing a mirage on the vast desert plain of climate solutions. Until then, we need standing forests and flourishing biodiversity to give us a chance.

My roots in the clouds: a lifelong mission to protect the mountains and cloud forests of the Tropical Andes

Where do we work? Rainforest Partnership in the Tropical Andes, Amazon, Pacific Coast, and the Yucatan Peninsula