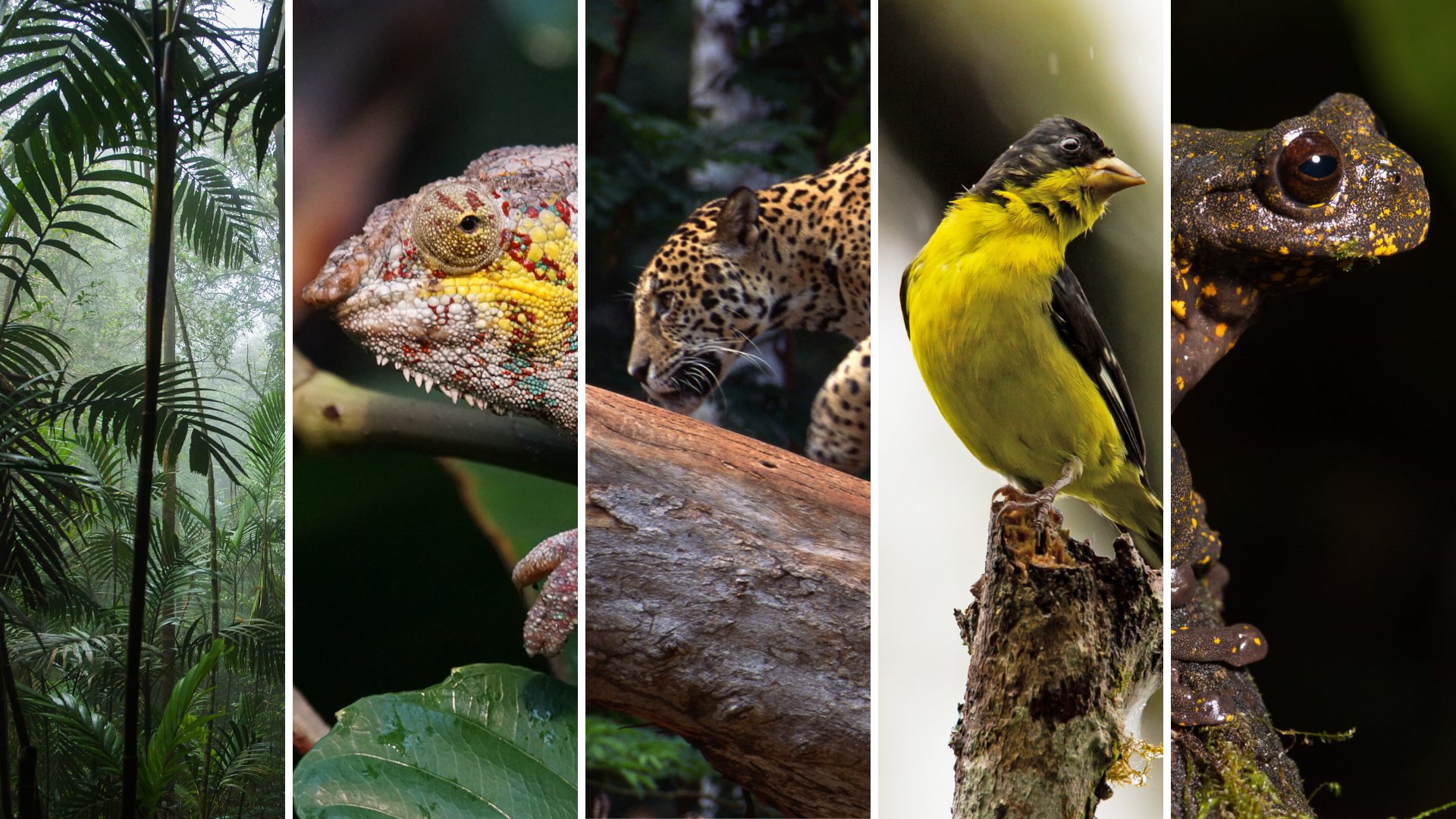 In 1978, a group of ornithologists (scientists who study birds) from Louisiana State University set out to study the Cordillera de Colán, an almost pristine biodiversity haven in northern Perú. Their exciting expedition took them to the peak of this towering mountain range, where they were met with an unprecedented diversity of life forms, a tiny fraction of which they carefully documented so that future generations could continue discovering and conserving the invaluable life that inhabits these mountains.

Decades later, Pablo Venegas, curator of amphibians and reptiles at the Center for Ornithology and Biodiversity (CORBIDI) in Lima, and also Rainforest Partnership’s herpetologist (a scientist who studies amphibians and reptiles) decided to follow in the footsteps of his ornithologist predecessors to study the Cordillera de Colán. In October of 2021, he embarked on an 18-day mission in the region, accompanied by a talented team of scientists, photographers, park rangers and locals. Their expedition took them along undiscovered paths, steep hills, muddy slopes, and, especially, breathtaking landscapes. Along the journey, they found three frogs and one lizard that were completely new to science. They also recorded many species that had never been seen in this part of Peru, and, like the scientists before them, they were in awe of the amazing diversity of these forests in the sky.

“These findings further justify the utmost importance of conserving the Cordillera de Colán,” explains Pablo. Finding and documenting new species helps governments and local entities better understand the rich biodiversity they have in their own backyards, and helps them understand the importance of protecting this land. The message Pablo wants to convey, as he explained in this interview, is that “the hopefulness of a new species discovery energizes efforts to preserve nature and find out more about what’s out there.”

And he’s absolutely right. That’s why Rainforest Partnership, Pablo, his team, and all of our amazing partners will continue to work together to conserve our planet’s most valuable rainforests and their biodiversity.

Gen Z for the Trees Reflects on COP27 and Climate Inaction