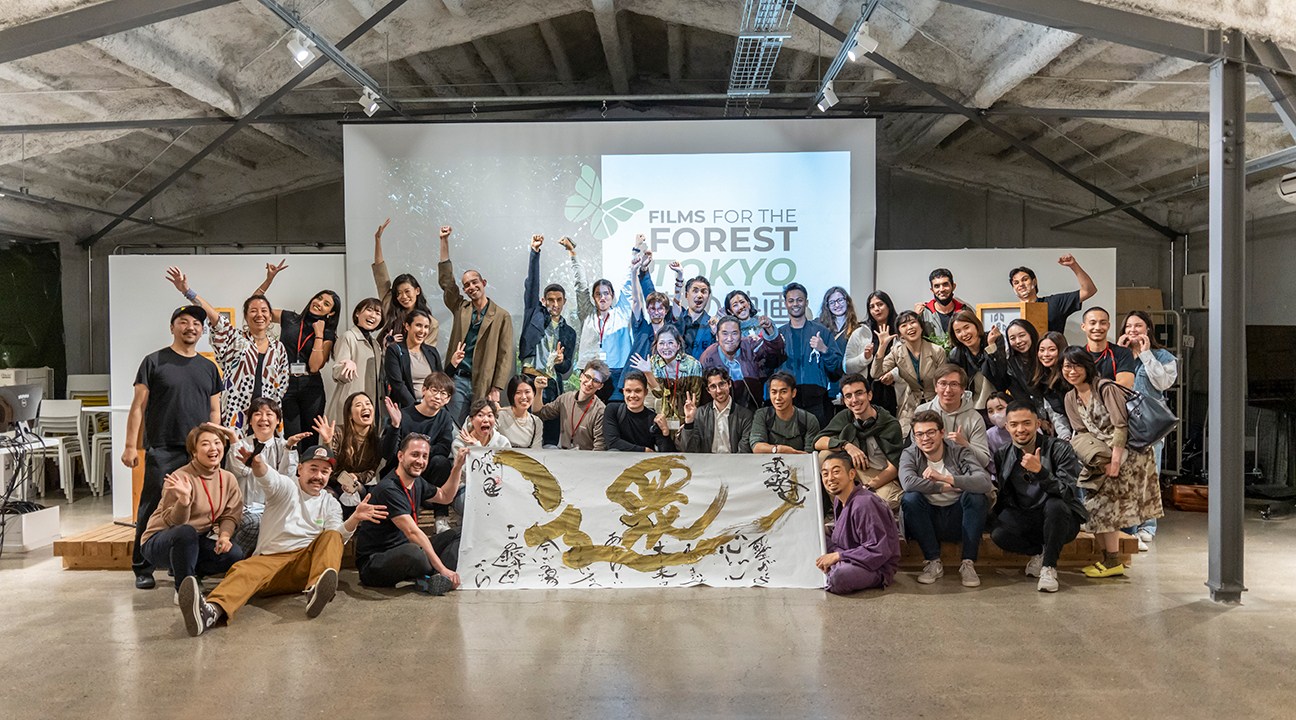 Rainforest Partnership’s global initiative Films for the Forest recently hosted a screening in Tokyo, using the power of creative storytelling to share stories from the forest and foster connections among the growing conservation and sustainability community in Japan. The unique, first-time event was held on October 29 at 100BANCH, a creative multi-use space, with proceeds benefiting Rainforest Partnership’s mission to protect tropical rainforests.

The bilingual screening (Japanese/English) featured ten short films from the 2020 and 2022 Films for the Forest juried short film competition and presented an opportunity for a new audience to learn about the challenges faced by forests, their biodiversity, and the indigenous communities who call them home.
‍

Attendees also heard from special guests Yo Kohatsu (filmmaker and director) and Ai Sanda (producer) from the short film “Re-Member,” one of the winning films in the 2022 Films for the Forest competition.

Attendees were taken on a journey through the ten winning films, which utilized animation, claymation, and powerful stories to inspire hope and reflection.

After the screening, attendees had the opportunity to network and mingle, enjoying a variety of Latin-themed vegan dishes and drinks and Latin music by Japanese DJ Masato Takeuchi. Climate Fresk, a French nonprofit, provided information about their sustainability workshops, and Japanese calligraphy artist Sei Tamada created a special calligraphy exhibition inspired by the forests.

A Special Thank You

We extend our deep gratitude to our team members and volunteers who were instrumental in developing and executing this incredible event. Deny Majikina (Rainforest Partnership’s executive assistant to the CEO), Quentin Siutkowski (IT engineer involved in ecology and sustainability), and Thomas Bertin (founder of Wanna Gonna, an online platform and community of volunteers bringing people together to solve social problems) played essential roles in event organization. Andrea Builes Vélez, Rainforest Partnership’s Films for the Forest coordinator, led many aspects of event coordination as well.

We’d also like to thank event sponsor Wanna Gonna, event venue sponsor 100BANCH, and the many key volunteers who gave their time and talents to this event.

Finally, thank you to event attendees for their interest, their curiosity, and their enthusiasm for Films for the Forest and for continuing the important conversations about how to protect them.