The Beef Industry and Deforestation 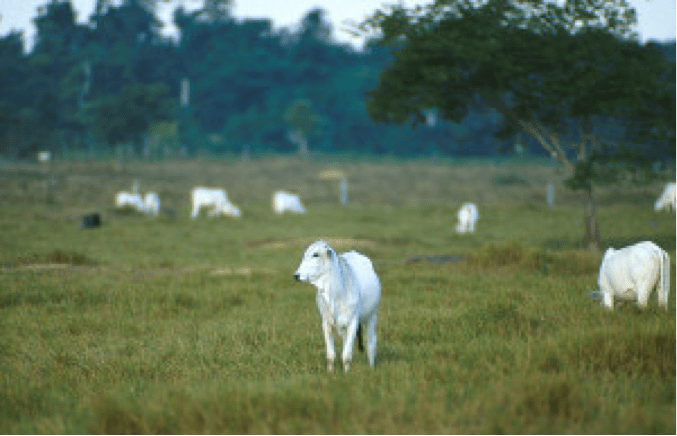 However, these numbers only account for the areas cleared for the creation of pastures and don’t include land used to grow food being produced for cattle consumption. The Yale School of Forestry and Environmental Studies estimates that Brazil alone has 24 to 25 million hectares devoted to the production of soy, and 80 percent of this soy ends up as animal feed. It then stands that one of the quickest ways to prevent further deforestation in the Amazon is to decrease demand for Brazilian beef. However, that seems to be a far off notion as worldwide demand for beef has only been increasing. Between 2010 and 2017, beef exports from the Amazon region rose 25 percent and continue to grow.

How can I help prevent deforestation?

So how can individuals around the world help protect the Amazon? One answer is to cut down our consumption of beef. Even the United States, which in the past has produced most of its own beef, has been importing Brazilian beef since 2016. Some of the countries that import the most Brazilian beef are Hong Kong, Russian, Egypt, and Iran.

You don’t have to suddenly change a huge part of your diet and swear off eating beef entirely. But maybe instead of eating two or three meals with beef in a week, you just eat one. If everyone ate half as much beef, replacing it with chicken (which has a much smaller environmental impact) or with fruits, grains, or vegetables, deforestation of the Amazon would decrease substantially. Brazil and other such beef exporting countries would move away from the beef industry as demand and profits fall.

Of course, cutting down on beef consumption alone won’t end rainforest deforestation, but seeing as more than three fourths of the Amazon rainforests are being cut down almost exclusively for something that everyone could easily eat a little less of, it seems like our responsibility to do so. Knowing where your beef comes from can also help you avoid buying beef from the Amazon. If it seems like too much of an inconvenience to cut down on your personal beef consumption, try thinking about it in a different context. If your doctor told you that you could lose weight simply by cutting down the beef from your diet, most people would listen. So now, as scientists around the world come to a consensus that deforestation and cattle-produced methane are huge contributing factors to global warming, let’s listen to them and skip the steak every once in awhile.

Films for the Forest 2022 at World Rainforest Day