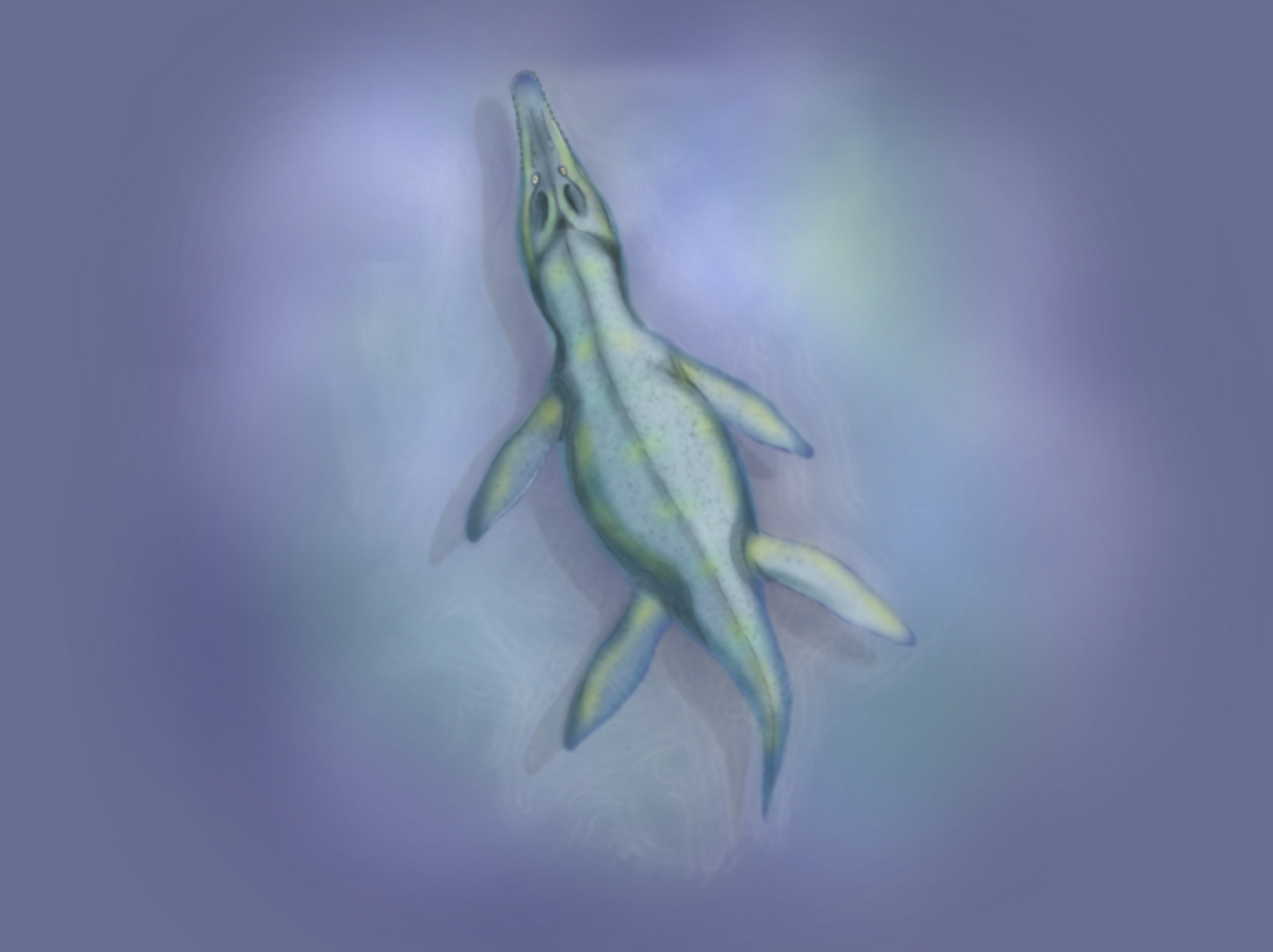 The sun was shining outside. From my car window I could see the orange, dusty road that led to the tiny museum where we were headed. The thorny bushes spread out in the cold, desert-like hills of Villa de Leyva trembled softly with the wind. I had been anticipating that moment almost since I could remember. Now, being almost thirteen years old, I was finally going to see a real dinosaur.

I stared at the gigantic stony bones arranged in what looked like a crocodile-like creature for a good twenty minutes. The museum guide dutifully informed me that this had once been a Kronosaurus, a type of marine plesiosaurus whose name comes from the great Greek Titan, Kronos. He also said that this wasn’t really a dinosaur, although they were vaguely related. That was more than enough to make me happy.

He also told me that this immense fossil had been found in 1977 by a peasant who was diligently working in his field and had suddenly stumbled upon a huge rock. He later identified it as a fossil and made some calls. Once it was dug up, they realized that they had discovered one of the largest, most well-preserved fossils in all of Colombia, so they very cleverly built the museum around it.

And then, he continued, there was the question of how the remains of a marine reptile the size of a bus had ended up here, in this arid town on top of the Colombian Andes, almost 2000 meters above sea level, and some 800 km away from the ocean.

The Andes Mountains, the largest continental mountain range in the world, forms a continuous highland along the western edge of South America. Its towering peaks reach from temperate Argentina and Chile in the South, to tropical Bolivia, Peru, Ecuador, Venezuela, and Colombia in the North, where they split into three branches before slowly leveling off near the Caribbean coast.

That’s where the reptilian specimen in question had ended up: in a field on the outskirts of a small, tropical colonial town that sits on top of the easternmost of the three branches of the Colombian Andes, the Cordillera Oriental. The story of this creature’s voyage to the outskirts of Villa de Leyva is also the story of the Tropical Andes, one of the most complex, enigmatic, diverse, and valuable places on the planet.

Read the rest of the story in this beautiful online flipbook created by Rainforest Partnership's Education and Research Coordinator, Amalia Llano Bojanini.

Rainforest Partnership: a Voice for Forests at COP26

COP26 and a new Era for Forests : A Letter from Niyanta Spelman Rainforest Partnership's Founder and CEO