Thinking about the trees this World Oceans Day 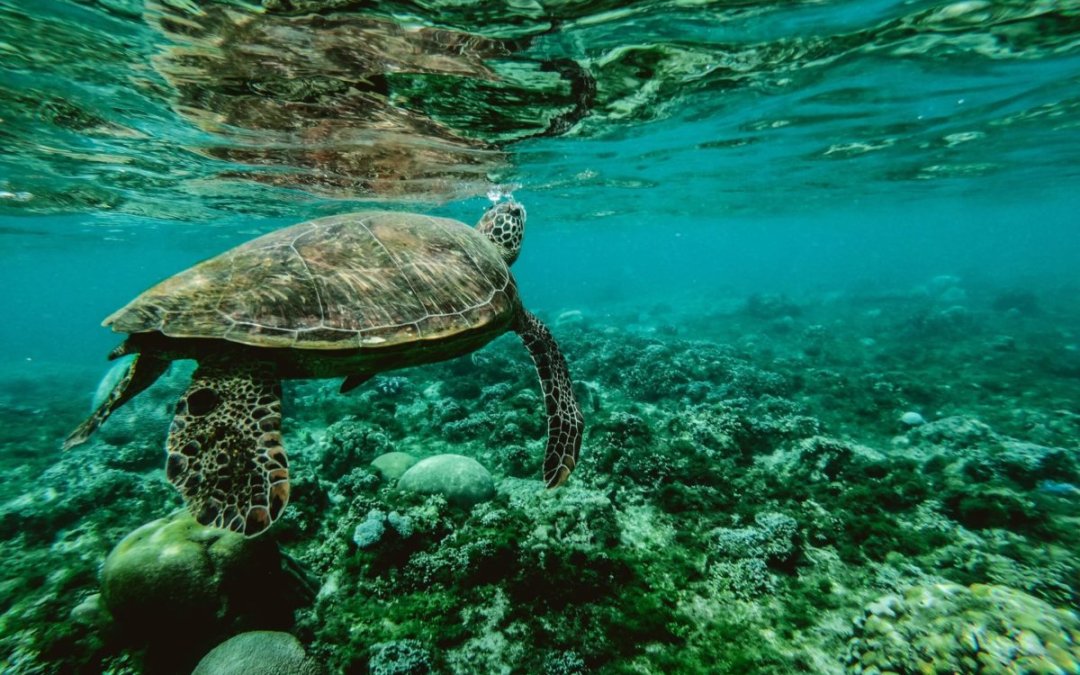 June is here and as the high heat of July and August approaches something becomes very clear: it is summer! And if a walk to your local park feels like a marathon and a quick errand run leaves you sweating and drinking water almost straight from the faucet, then maybe there is one thing on your mind lately - how good does a trip to the beach sound right about now? Especially after months of being inside playing bingo with your relatives!

This World Oceans Day then, we pause to recognize that without healthy and clean oceans, that trip to the beach will not be as idyllic as it once might have been. The truth today is that the health of the world’s oceans is in decline, and if future generations are to enjoy those prized beach days the way we have, then there’s never been a better time to protect the blue expanses of our planet.

At Rainforest Partnership, it is our passion and our mission to promote and work toward the conservation of the world’s rainforests. We are, however, keenly aware that there’s a strong link between the rainforests and the oceans, and that neither can survive without the other. Each depends on the vibrancy of the other to thrive, and we all play a critical role in sustaining our climate and planet.

Rainforests rely on healthy oceans for predictable moisture and moderated temperatures.  Oceans depend on rainforests for the replenishing nutrients rainwaters carry back to them.  And both of these ecological powerhouses play complementary roles in sustaining our climate— as carbon sinks, moderators of global temperature, and oxygen producers. In this regard, what affects one affects the other.

Nowhere is that connection stronger than between the Amazon rainforest and the Atlantic Ocean. When the Amazon is deforested and degraded, it releases carbon dioxide and reduces its capacity as a carbon sink. This forces the ocean to pick up the tab, causing a vicious cycle. As the Atlantic ocean absorbs more carbon dioxide from deforestation, it warms and acidifies. A warmer Atlantic provides less moisture to the Amazon, and thus less rainfall.

As the world’s largest rainforest region, connected to the Atlantic by the world’s largest river, the Amazon also provides vital nutrients for phytoplankton, the foundation of the ocean food chain. These nutrients also feed two powerful microorganisms called diatom and cyanobacterium that consume carbon dioxide from the atmosphere. Without them, the carbon dioxide is absorbed by seawater, causing further acidification and warming.

This connection between the Atlantic and the Amazon is long established, but doesn’t always get the attention it deserves and needs. The single best way we can help the oceans is by cutting carbon emissions and sequestering more carbon. Protecting and restoring rainforests achieves exactly that.

That’s why Rainforest Partnership is standing up for the oceans, and for their continued relationship with rainforests to sustain the health of our planet.

At Rainforest Partnership, we rise above and beyond what’s “conventional”. We’re always looking to expand our understanding and knowledge of rainforests: why they are important, what they need to thrive, and the key role they play in our ecosystem. We look deeper, we look further, we ask the questions that haven’t been asked. We seek the connections that are non-obvious so that we can craft solutions that are more effective. Rainforest Partnership is committed to being at the vanguard of rainforest protection and regeneration, through continuous innovation so we can achieve more, faster and better. That’s been our approach since Rainforest Partnership was founded, and it remains our approach today.

Stay tuned for World Rainforest Day on June 22nd to learn more about what we’re doing to make the oceans healthier through our rainforest conservation - even if you’re outside on a beach day!