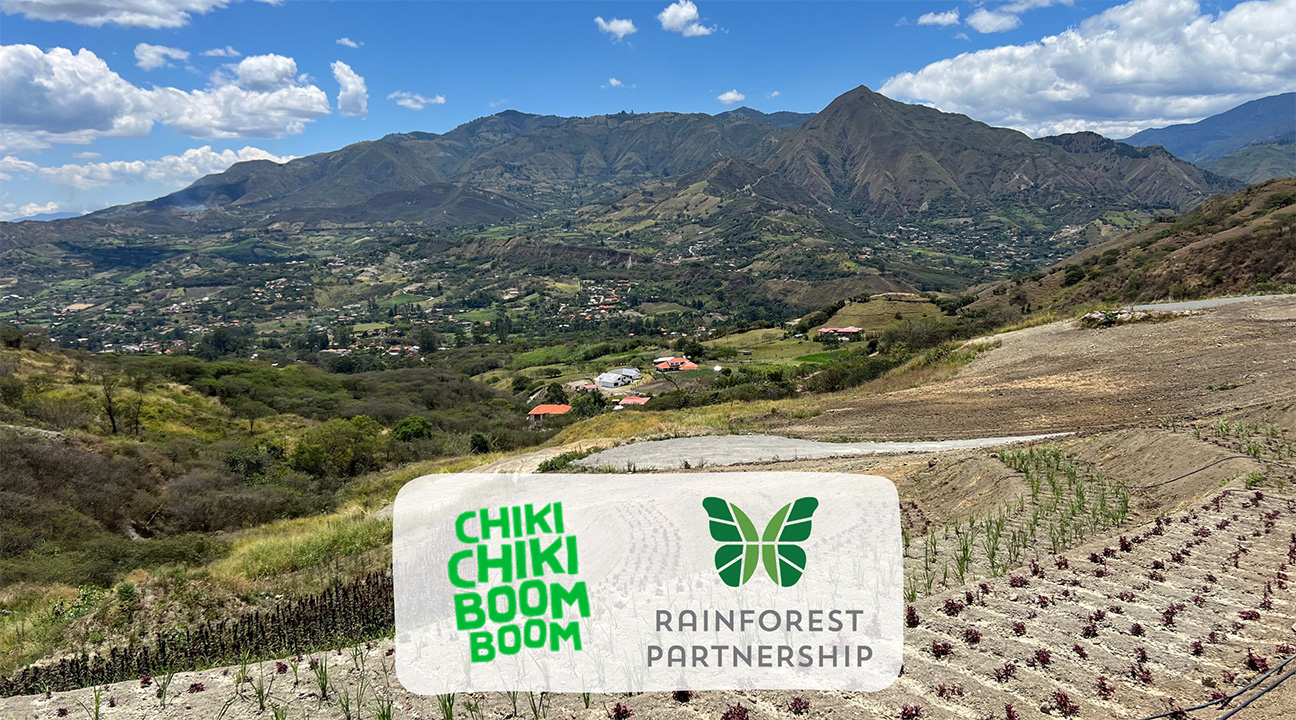 Chiki Chiki Boom Boom, a tropical water beverage brand, announced it has chosen the nonprofit organization Rainforest Partnership as its primary giving partner for annual contributions through 1% for the Planet®.

Rainforest Partnership is an impact-driven international nonprofit that protects standing tropical rainforests by working directly with local and indigenous peoples to create sustainable sources of income and community-led conservation projects.

Tropical rainforests make up less than three percent of the Earth's surface area, yet they are disproportionately critical to the balance and well-being of the entire planet with a crucial role in regulating global climate cycles and protecting biodiversity. Despite this outsized impact and importance, the world is losing about 10,000 acres of Amazon rainforest a day.

Supporting women-led and other projects in Ecuador

Chiki Chiki Boom Boom’s donations will support Rainforest Partnership’s projects in Ecuador, such as the “Women of the Rio Napo” project through which they partner with women of five indigenous communities along the Napo River in the Ecuadorian Amazon to support sustainable livelihoods and community-led rainforest conservation. Rainforest Partnership also supports biodiversity expeditions in little-explored areas of the Tropical Andes and supports community-led agroforestry and bio-enterprises to build economic resilience among local and indigenous rainforest communities.

“We are elated to support Rainforest Partnership, an organization that aligns with our own passion for the environment,” says Andres Izquieta, Founder/CEO of Chiki Chiki Boom Boom. “Their powerful, meaningful work creates tangible results for rainforests, for rainforest communities, and for the planet, and we can’t think of a better partnership.”

“Chiki Chiki Boom Boom shares our vision for protecting precious natural resources like tropical rainforests,” says Rainforest Partnership CEO Niyanta Spelman. “We are grateful for support that helps us create long-term, sustainable rainforest protection and restoration as part of our direct work with indigenous and local communities. Partnerships with purpose-driven organizations such as Chiki Chiki Boom Boom will accelerate the scale of impact for tropical rainforests and the entire planet."

Chiki Chiki Boom Boom is a tropical water beverage brand with Latin flavors & vibras. It is made of organic botanicals that deliver antioxidants while supporting hydration and gut health.

The brand’s slogan is “Reggaeton in a Bottle” and promotes pride in Latin culture. This ancient recipe originates from a blue zone in Ecuador, where it has been consumed for five centuries and is viewed as the fountain of youth by its locals. The botanicals are grown via methods of organic regenerative agriculture, while the other impact efforts include female farmer empowerment, water conservation, reforestation, and blockchain. Lastly, the bottle is made of 100% recycled materials.

Gen Z for the Trees Reflects on COP27 and Climate Inaction

COP15: A Beacon of Hope for Biodiversity